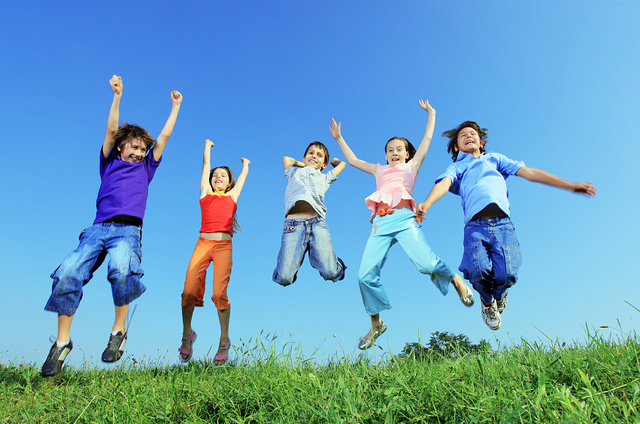 When will my child’s teeth come in? 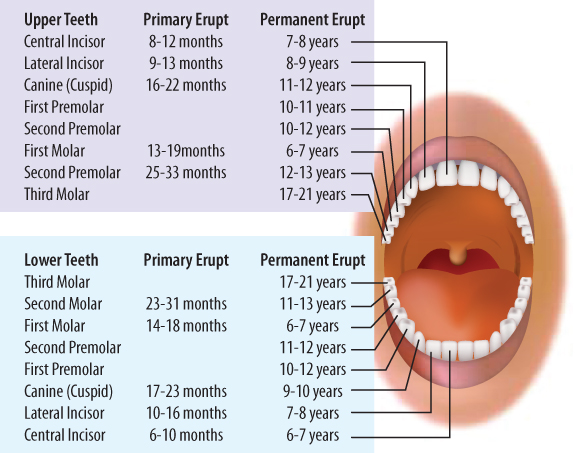 While every child is different, most of the primary teeth (baby teeth) come in between the ages of 4 and 12 months. The following are general guidelines for the eruption of the baby teeth:

Next, the four upper incisors usually come in.

Then the cuspids, or the pointed teeth, appear.

Usually, after the child reaches 2 years old, the four second molars (the last of the baby teeth) appear.

The teeth on the upper jaw usually erupt one to two months after the same tooth on the lower jaw. There are a total of 20 primary teeth.

The teeth on the upper jaw usually erupt one to two months after the same tooth on the lower jaw. There are a total of 20 primary teeth. Usually, about one tooth erupts per month once the teeth have started coming in. There is normally a space between all the baby teeth. This leaves room for the larger permanent teeth to erupt.

When will my child’s permanent teeth come in?

Your child will begin losing his/her primary teeth (baby teeth) around the age of 6. The first teeth to be lost are usually the central incisors. This is then followed by the eruption of the first permanent molars. The last baby tooth is usually lost around the age of 12, and is the cuspid or second molar. There will be a total of 32 permanent, or adult, teeth. 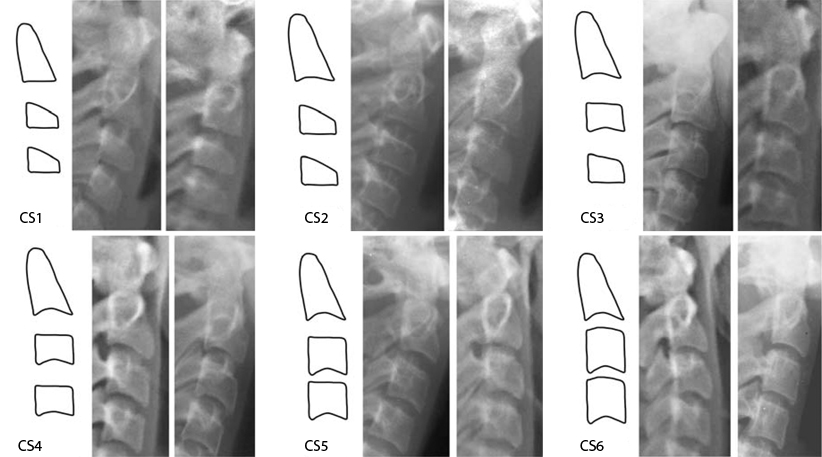 Skeletal age refers to the degree of development of ossification of the bone. Because of individual variations in timing, duration and velocity of growth, skeletal age assessment is essential and helpful in formulating viable orthodontic treatment plans. During growth every bone goes through a series of changes that can be seen radiologically. The sequence of change is relatively constant for a given bone in every person but the timing of the changes varies because each person has his or her own biological clock.